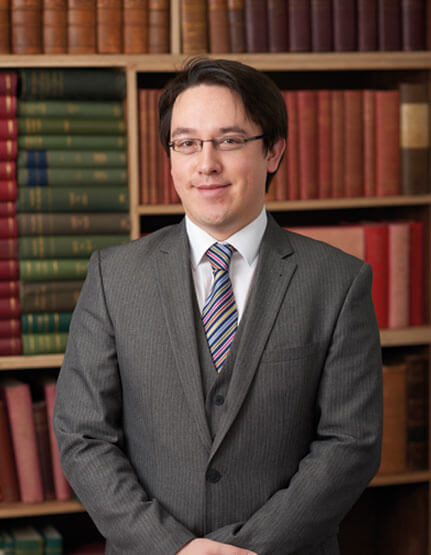 Barry trained as a solicitor with a niche human rights law firm rated band 1 by Chambers & Partners for civil liberties and human rights in Scotland. During his time there, he was involved in many high profile and contentious cases, including cases before the Appellate Committee of the House of Lords (now the Supreme Court of the United Kingdom), and the Judicial Committee of the Privy Council. He also regularly appeared before the Parole Board for Scotland in Life Prisoner, Extended Sentence Prisoner and Recall Tribunals, and has experience of challenging such decisions via judicial review at the Court of Session.

After 18 months as a fully qualified solicitor there, Barry moved to a mid-sized firm in Glasgow city centre. He remained there for three years, practising in all areas of immigration, asylum and nationality law, and continuing his interest in human rights and European Union law.

Barry has extensive experience in providing advice under the Points Based System to employers and employees; all aspects of family migration to the United Kingdom; applications under the EEA scheme; challenges to removal directions; and applications for release on bail. He appears regularly in the Immigration Chambers of both the First Tier Tribunal and the Upper Tribunal, and instructs counsel in further appeals to the Court of Session.

He has a particular interest in asylum applications and appeals, and has experience in dealing with disputed nationality and disputed age cases, along with deportation appeals. He also has an interest in judicial review applications, challenging the decisions of public bodies (including the Scottish Ministers, the Parole Board for Scotland, the Scottish Prison Service and the Secretary of State for the Home Department) at the Court of Session where appropriate.

Barry is a member of the Scottish Immigration Law Practitioners Association and is a Senior Associate Solicitor within the firm. When not working, his interests lie in films, theatre, music and travel.

Barry specialises in the following areas.