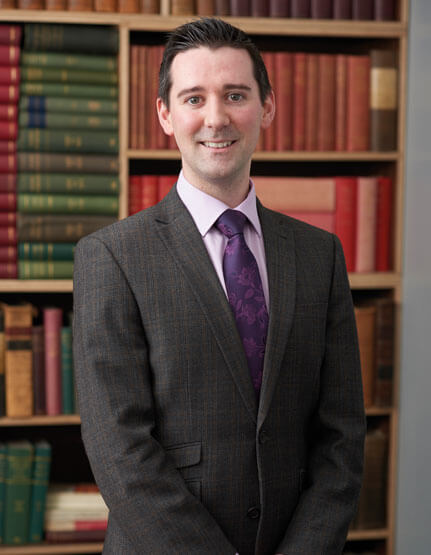 Christopher completed his traineeship in January 2015 having trained with one of Scotland’s largest legal aid firms. Chris joined the Civil Litigation team at Latta and Co as an Assistant Solicitor in summer 2016. Chris’s caseload has a particular focus on Matrimonial, Family and Child Law matters.

Chris appears regularly in Sheriff Courts throughout Scotland, representing clients in all aspects of family law disputes and Social Work Referral’s to the Children’s Reporter, Adoption and Permanence cases. Chris has also appeared regularly in the new Sheriff Appeal Court, representing both Appellant’s and Respondent’s. Christopher’s day to day case load centres around advising on matters relating to: Divorce and Separation – including financial provision,  the rights of cohabiting couples, contact and residence disputes and involvement with the children’s hearing system. Chris is regularly instructed by parents, grandparents and the children themselves in relation to ongoing family law disputes. Given the large Immigration practice at Latta and Co, Chris has a varied client list including British, EU and Non-EU Nationals and asylum seekers to the UK.

Christopher has a particular interest in protecting and promoting non-resident parents’ rights to maintain an ongoing bond with their children. He has been successful in obtaining Court Orders for: Residence; Contact for parents previously denied contact; securing parental rights and responsibilities for clients seeking a more active involvement in their child’s lives; and protective Orders for client’s and children such as interdicts.

Chris has an attentive and personable approach to dealing with the delicate and often sensitive circumstances which arise following the breakdown of a relationship or family unit. When in Court, he has a tenacious approach to representing clients’ interests.

In his spare time, Christopher enjoys cooking, listening to music and spending time with family and friends.

Chris specialises in the following areas.