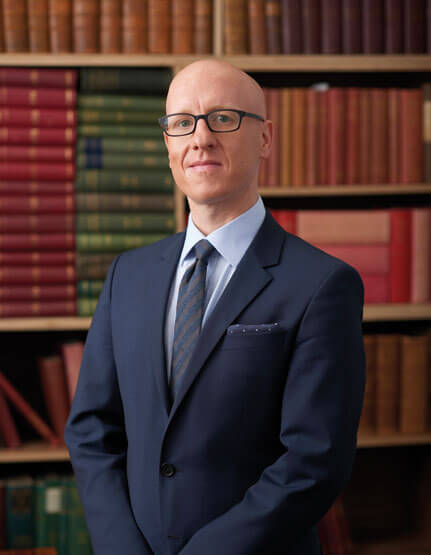 Fraser studied Law at Strathclyde University, and completed his Diploma in Legal Practice at the Glasgow Graduate School of Law. He thereafter completed a Masters in Criminal Justice at the same institution, before embarking on his professional career. He qualified as a solicitor in 2003.

In 2008, Fraser was assumed as a partner with one of Scotland’s biggest firms providing legal advice in relation to human rights and immigration issues. Fraser left that firm in 2012 in order to set up his own company which has access to justice as one of its founding principles, and which places emphasis on outstanding client care.

His firm, Latta & Co. Solicitors, was voted High Street firm of the year at the Herald Law Awards in 2019, and has been included in the Times Best Scottish Law firm 2020 list.

Fraser has a keen interest in the legal profession in Scotland; human rights; and access to justice. He has been involved in several high-profile cases, and is often asked to provide commentary on human rights and immigration issues. As a result, he has appeared on mainstream television and radio, and is a frequent name within the press. He is a regular speaker at training events, and has participated in events hosted by the Faculty of Advocates, and the Law Society of Scotland.

In 2011, Fraser became the first solicitor in Glasgow to be accredited by the Law Society as a specialist in immigration law. Fraser has held this accreditation continuously since that date.

In March 2013, Fraser was asked by the Law Society of Scotland to serve as a member of the Immigration Specialisation Panel which appoints accredited specialists in the field of immigration law. Fraser currently sits on this Panel.

In May 2015, Fraser was appointed to the Law Society of Scotland Access to Justice Committee. Fraser served on the Committee from 2015 until 2018.

In May 2020, Fraser was appointed as a Part-Time Judge of the First Tier Tribunal (Immigration and Asylum Chamber).

Fraser specialises in the following areas.