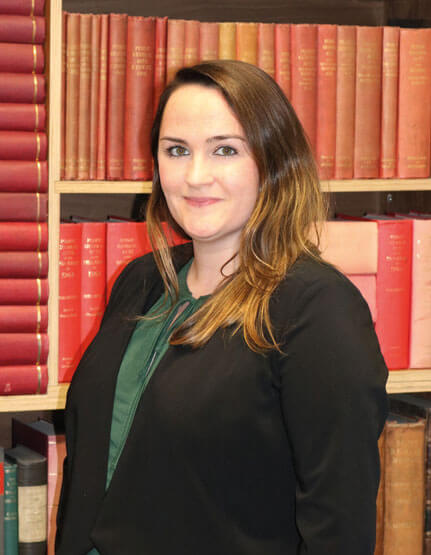 During her time at university, Hannah assisted in the running of the well-established University of Strathclyde Law Clinic and continues to volunteer there to date. Through her involvement as a student in the Law Clinic, Hannah won the ‘Best Contribution by an Individual Student’ at the LawWorks and Attorney General Student Pro Bono Awards in 2013 at Westminster Parliament. Hannah also tutored various legal subjects on the undergraduate degree at the University of Strathclyde for six years.

Hannah completed her traineeship and qualified as a solicitor at Latta & Co. She now holds the position of Associate within the firm and coordinates the trainee committee. Since joining Latta & Co, her work has extended over a variety of areas including immigration, asylum, human rights, children’s, family, general civil and general criminal work. She has a keen interest in access to justice.

Hannah specialises in the following areas.