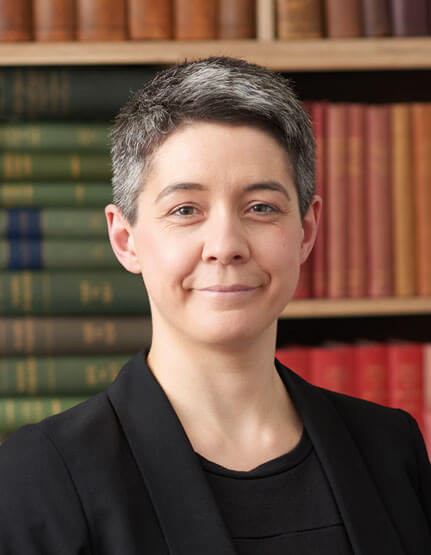 Jennifer graduated with an honours degree in law in 2003. After completing her Diploma in Legal Practice, she completed her traineeship in 2007 with Scotland’s leading law centre, Legal Services Agency, gaining experience in the fields of asylum, housing and social welfare law.

In 2009, Jennifer joined the well-respected Immigration Advisory Service, where she expanded her knowledge by advising clients in all aspects of asylum, immigration and nationality law. Jennifer continued to develop her expertise in this area in 2011 when she joined the specialist immigration firm, Loughran & Co.

In September 2013, Jennifer joined the team at Latta & Co. In September 2014, she became only the fourth solicitor in Scotland to obtain an Accredited Specialism in Immigration from the Law Society of Scotland and is an Associate Solicitor within Latta & Co.

Jennifer has previously volunteered as training coordinator for SILPA, Scotland’s immigration law practitioner group. She has also delivered training and seminars on various aspects of the asylum process and trafficking law.

Since 2018, Jennifer has also worked as a Legal Advisor for the respected UK charity, Freedom From Torture. In this role, she works as part of the Legal Advice Welfare Service, providing legal advice and support to FfT’s therapy clients.

She maintains an interest in all aspects of asylum, immigration and nationality law with a particular interest in and commitment to vulnerable clients including survivors of trafficking, domestic violence, unaccompanied minors and those with mental health issues.

In her spare time Jennifer enjoys reading, watching films and spending time with her family, friends and aging Labrador Jack.