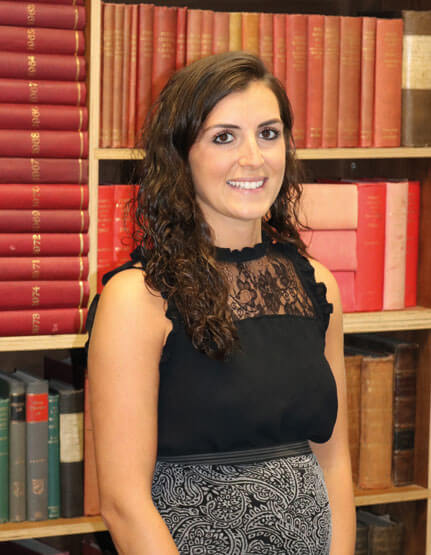 Lia graduated from the University of Edinburgh with an Upper Class Joint Honours Degree in Law and Business Studies (LLB) in 2014. She then obtained her Diploma in Legal Practice at Glasgow University in 2016.

Lia gained experience in working in the Human Rights field, and developed a keen interest in the immigration and asylum field during her time at university through various work experiences and voluntary roles.

Prior to commencing her traineeship at Latta & Co, Lia was a development worker for the United Nations in Association with International Service. In this role, Lia carried out a six-month voluntary work placement in a legal clinic in Palestine.

Lia completed her traineeship and qualified as a solicitor at Latta & Co, where her work has extended over a variety of areas including immigration, asylum, human rights, judicial review, children’s, family, general civil and general criminal work.

Lia’s main areas of focus are now in the immigration and asylum realm and she enjoys the fascinating combination of national and international issues. She has a particular interest in human trafficking and in advocating for the welfare of asylum seeking minors. Lia appears regularly at the Asylum and Immigration Tribunal, representing clients in their asylum immigration matters.

In her spare time, Lia enjoys spending time with her family and friends and travelling.

Lia specialises in the following areas.